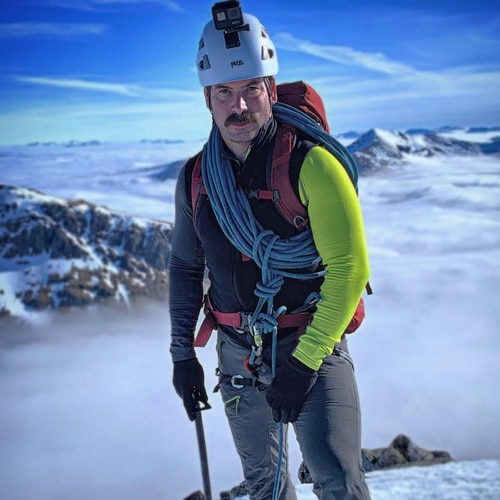 Matt is a highly experienced Royal Marines Mountain Leader, with over 20 years military
service.  During this time, he has served around the globe, in all environments, from the
desert to the arctic.  He has led expeditions to Alaska, the Himalayas, Antarctica, Norway
and the Alps.
Matt has a teaching diploma, as well as management and coaching qualifications.  His
specialism lies in rope access, climbing skiing, however, he is also a bushcraft and navigation
instructor.
Previously Matt has coordinated and delivered corporate abseils and displays locations such
as Wembley Stadium, Twickenham Stadium, The Spinnaker Tower Portsmouth and Welford
Road Stadium (Leicester Tigers).  He has also coordinated and delivered the Duke of
Edinburgh award at all levels, along with NNAS courses and is a Mountain Training
Association member.  Matt is DBS checked and First Aid trained.
Based on the outskirts of Dartmoor, Matt has lived and worked in the South West for over
20 years and has an in-depth knowledge of the facilities and areas that the Devon area has
to offer.  He spends his spare time outdoors, with his family.