Between a rock and a hard place as a leader?

One of our leadership heroes is an exceptional WW2 Army Officer, Field Marshall Slim, who simply claimed ‘leadership is just plain you’. His actions, however, describe his powerful leadership style…

Slim led the ‘Forgotten Army’, attacked relentlessly by Malaria and the enemy, while British commanders demanded Slim’s mission succeed. Despite the odds, the debilitating environment and disease and staggeringly lethal tasks he asked of them, his men still regarded him as ‘one of their own’. They repeatedly risked their lives for him, enabling him to take the fight to the enemy and be heralded as one of the greatest military leaders.

Slim’s leadership secrets were really these:

1. Be tireless (and ruthless) in putting your people first.

3. Be empowering, through delegation of responsibility and trust.

4. Be clear: On your vision, your plan and your values.

5. Be visible: By exploiting technology to your advantage. 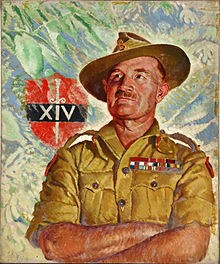